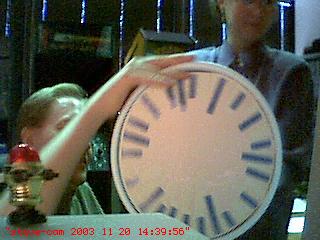 We’ve run Red Hat Linux on our servers since version 5. Now we’re contemplating what distro to use in the future since Red Hat has announced the end of Red Hat Linux. They will continue to make their high-end Enterprise Linux but it’ll cost $1500 – $2500 per server per year. And they’re using security updates as a sort of legal loophole that lets them get around the GPL and prevents you from buying one copy of the software and installing it on multiple servers. Supposedly, you can still download the source but if I wanted to compile a whole GNU/Linux system from source, I wouldn’t be using a distro like Red Hat in the first place.

I installed Fedora on a test box to evaluate it but it’s clearly not intended for serious use in a production environment. It’s intended as a bleeding-edge distro for “enthusiasts and developers” only. From what I can tell, it’s just a new name for Red Hat’s beta distro, Rawhide. Even if someone wanted to use it on a server, it would be impossible – each release is only good for about three months before it’s replaced by a new one and support for the old one is dropped. We don’t even reboot our servers every three months and I sure don’t want to be reinstalling the OS every three months! And then there’s the issue of Red Hat trying to trademark the Fedora name and essentially steal it from an existing project.

The only good news on the Red hat front lately is Fedora Legacy, a project that will attempt to offer security patches and support for Red Hat Linux 9 after Red Hat abandons it in April. Looks like we’ll stick with that until we can find a new distro. And if some new distro springs up to take it’s place, I think they’re going to be a lot of takers. I know a lot of folks in the same situation we’re in who relied on Red Hat Linux. It’s really hard to believe Red Hat did something this stupid. They’ve effectively found a way to do what none of their competitors had been able to – reduce Red Hat’s market share drastically.